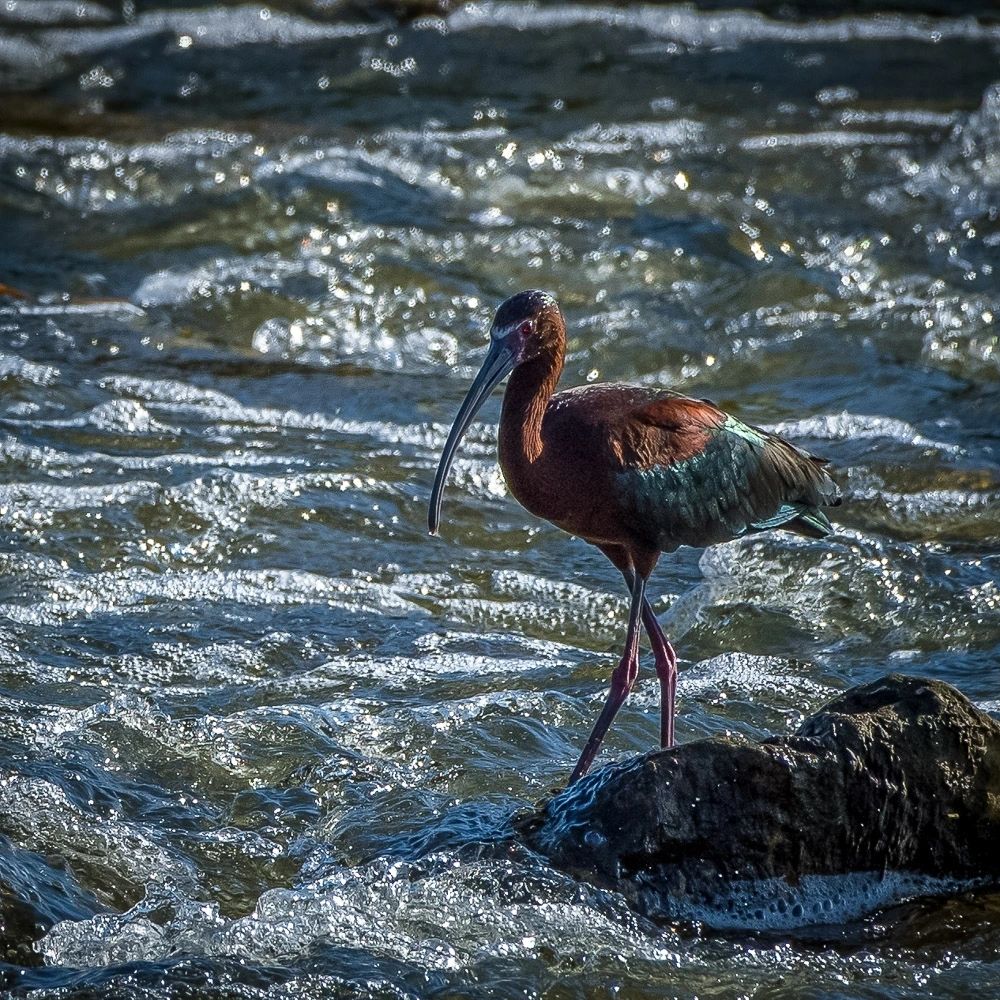 Here is a familiar and interesting face at Clark County Wetlands Park! Flocks of White-faced Ibis (Plegadis chihi) stop here to rest and refuel on their way to their breeding areas north of us in summer, and back to their winter quarters in the extreme southern US and Mexico.

These middle-sized wading birds are very distinctive, with their long, down curved “banana” beaks, their shiny iridescent feathers, and their gregarious behavior. Whether flying in a loose “V” with their long legs and bills easy to see, or standing around as if calling a convention to order, Ibis always remind me of the old saying, “Birds of a feather flock together.”

As the Ibis wade in the Park’s shallow waters, they probe with their bills to enjoy tasty treats like crayfish, crabs, frogs, insects, snails, and even small fish.  I once saw an Ibis hustling down the paved trail along the Tropicana Channel by the entrance to the Nature Preserve with a captured crayfish dangling from his beak.  Close behind was one of the “flock” in hot pursuit trying to steal it!  – Chris Leavitt, photo courtesy of Phil Martini