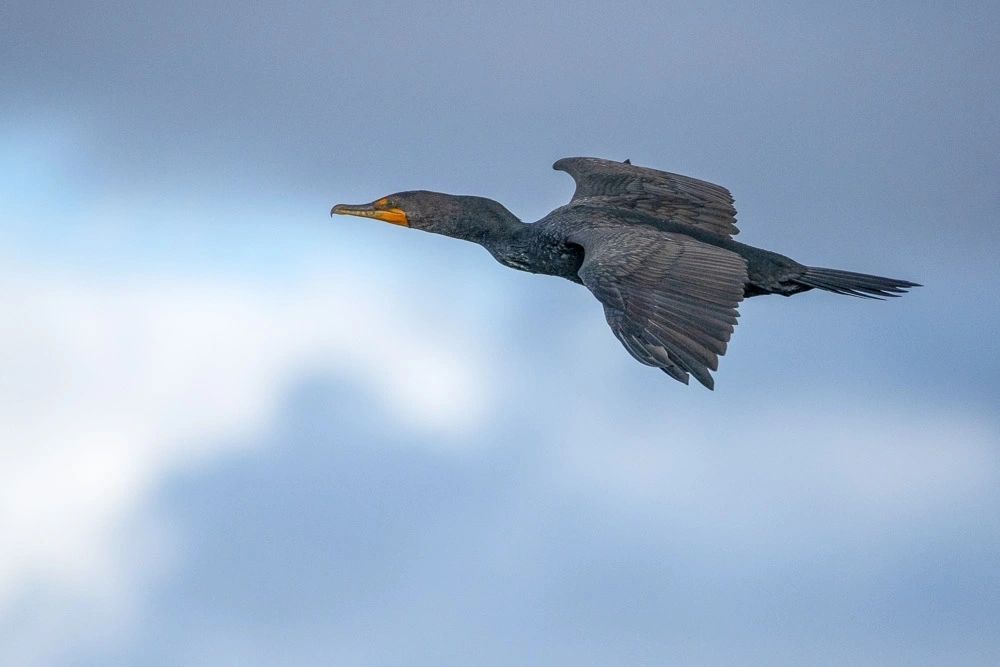 In flight, cormorants hold their large heads higher than their necks. In the water, they float low, often with only the neck and head visible. When standing  on branches, rocks, or at the water’s edge, they often hold their wings outstretched to dry.

Cormorants dive from the water’s surface to catch the fish they eat, using their hooked bills to hold their wriggling, slippery prey. The sides of a cormorant’s mouth and its throat are highly expandable so captured fish can be swallowed whole.

I once watched a cormorant in the pond downstream from Big Bridge in the Nature Preserve trying to swallow a large green sunfish it had caught.  It would beat the fish on the water, then shift its grip and prepare to swallow it.  Several times, it had the fish headfirst and headed down its throat, but that fish was just too big.  It wouldn’t go down, and the cormorant finally dropped it and flew off! – Chris Leavitt, President; photo courtesy of David Walker, www.naturallyvegas.com.