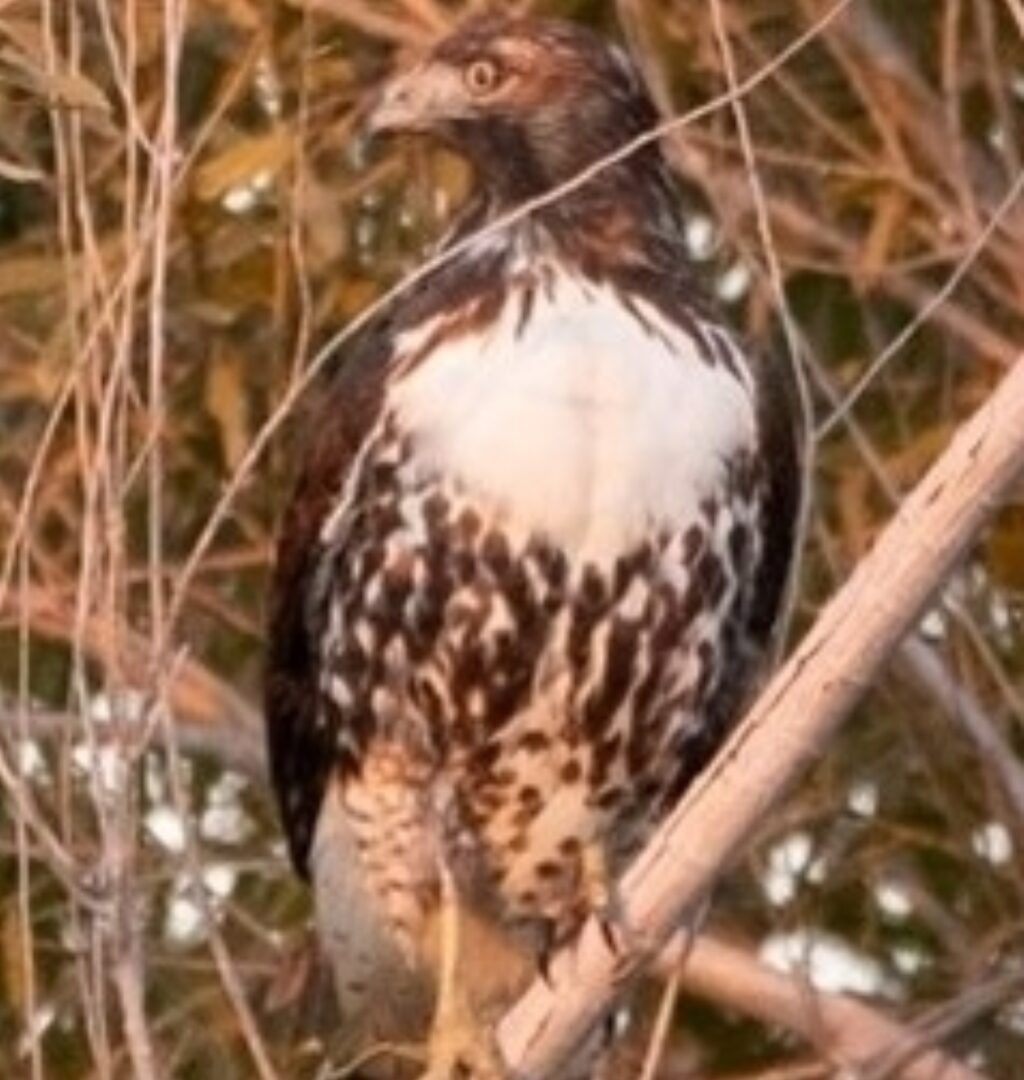 WHich wetlands PARK HAWK HAS AN ANIMATED FILM CREDIT?

Flap. Flap, flap. Flap. Flap!!!  In only five strong wingbeats the red-tailed hawk (Buteo jamaicensis) lifted off from the roadside ditch and crossed the highway in front of our truck. The bird gained altitude quickly, despite the still-wriggling approximately four-foot-long red racer snake held firmly in its talons. Just as quickly, the bird was lost in the distance. My husband Bob and I looked over at each other, uttering a simultaneous “Wow!”  We had never seen a “Red-tail” make such a swift and seamless trip for a meal!

Mammals from mouse to rabbit size, as well as snakes and lizards and large insects like grasshoppers and Jerusalem crickets are all on the hawk’s menu. This habit of making a meal of almost any smaller animal probably explains why a red-tailed hawk was chosen as one of the arch-villains in the popular 2011 animated movie, Rango.

Red-tailed hawks are widespread across Nevada, including Clark County Wetlands Park. In fact, when someone reports seeing “a hawk,” especially a large one, perched on a power pole along the highway or flying overhead in search of prey, there’s a good chance it’s this one. If it has a russet red tail and a speckled “belly band,” that seals the deal. The birds will sit patiently for hours on branches or power line poles, scanning the area around them for prey. They also soar for long periods overhead or hover like a kite on a string, nearly stationary in the breeze, watching the ground below. When food appears, the hawk swoops or dives to the attack, striking its prey with all four toes open and closing its talons to grab it. In fact, the name “hawk” comes from Middle English “hauk,” which originates with the Teutonic word “hab,” meaning “to seize or take hold.”

Bob and I assumed the hawk we saw carrying off the red racer was planning the snake for its own lunch. But maybe not. It turns out that Red-tails often feed snakes – even rattlesnakes (without their dangerous heads) – to their nestlings, since the remains of snakes are often found in their nests. Our hawk might have been taking lunch home for the kids!

P.S. Just for fun, search “Rango Hawk Chase 2” on YouTube for a look at the hero and villain of the animated film Rango in action!