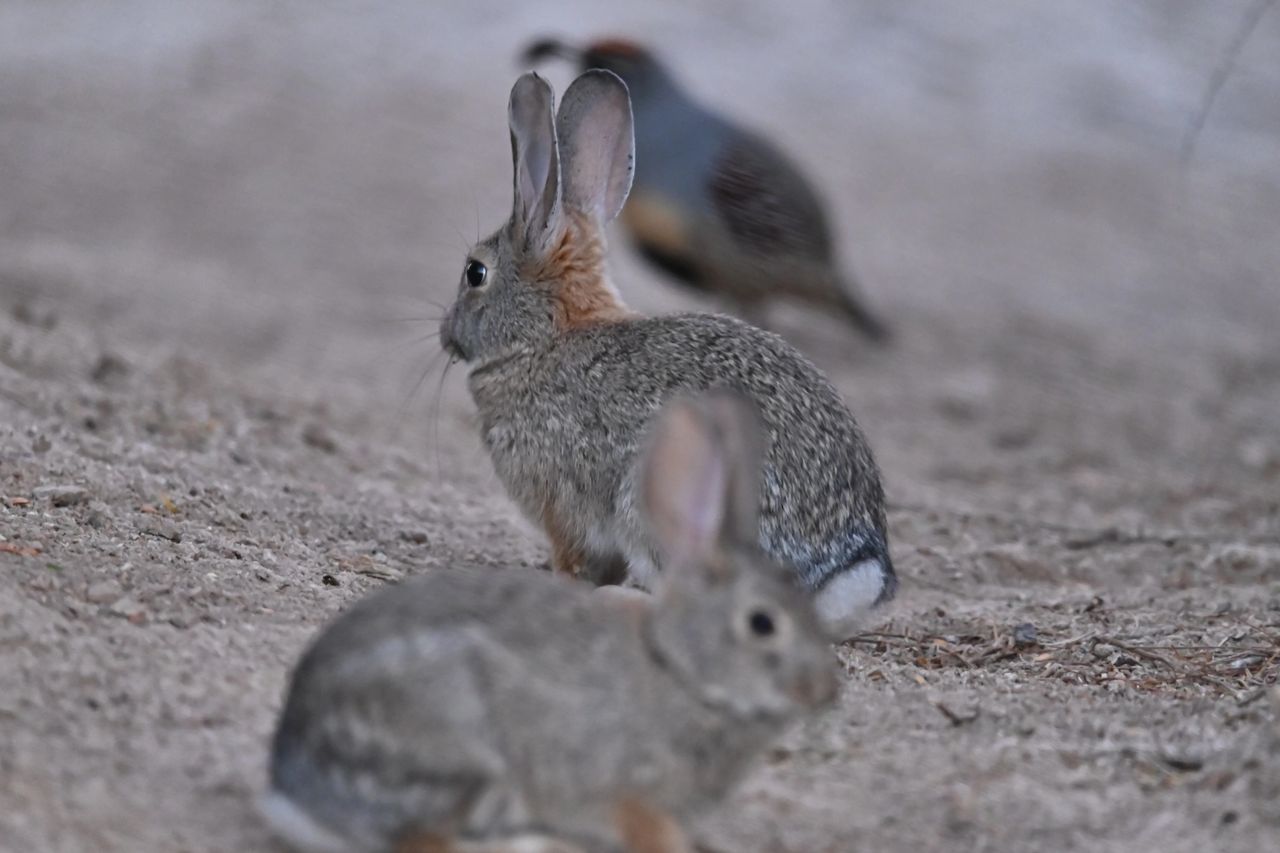 Hop, hop, hop! Desert Cottontail rabbits (Sylvilagus audubonii) are definitely known for their 36-inch “hop,” but these bunnies do much more than hop! They also swim, jump into the air up to two feet from a standing start, and scrape resting places called “forms” with brisk backward strokes of their front paws like miniature backhoes. They can startle walkers when they explode quickly out of their hidden forms and zigzag away at up to twenty miles an hour, and they even climb into low tree branches!

Desert Cottontails favor habitat with thick brush cover, and are especially fond of stands of quailbush, arrowweed, mesquite and catclaw. They are often seen in the Wetlands Park Nature Preserve feeding on grasses or nibbling young tender mesquite bark and mesquite beans. Their sharp incisors easily cut grass blades off straight and nip strips of bark at about “bunny sitting height,” four to six inches above ground level.

Cottontails are mostly nocturnal and also are active in the prime Wetlands Park “walking hours” of early morning or evening just before sunset. Like the pair in our picture, they will often feed in groups and even share a tasty meal with other birds and wildlife, including Gambel’s Quail (seen in picture) and Round-tailed Ground Squirrels.