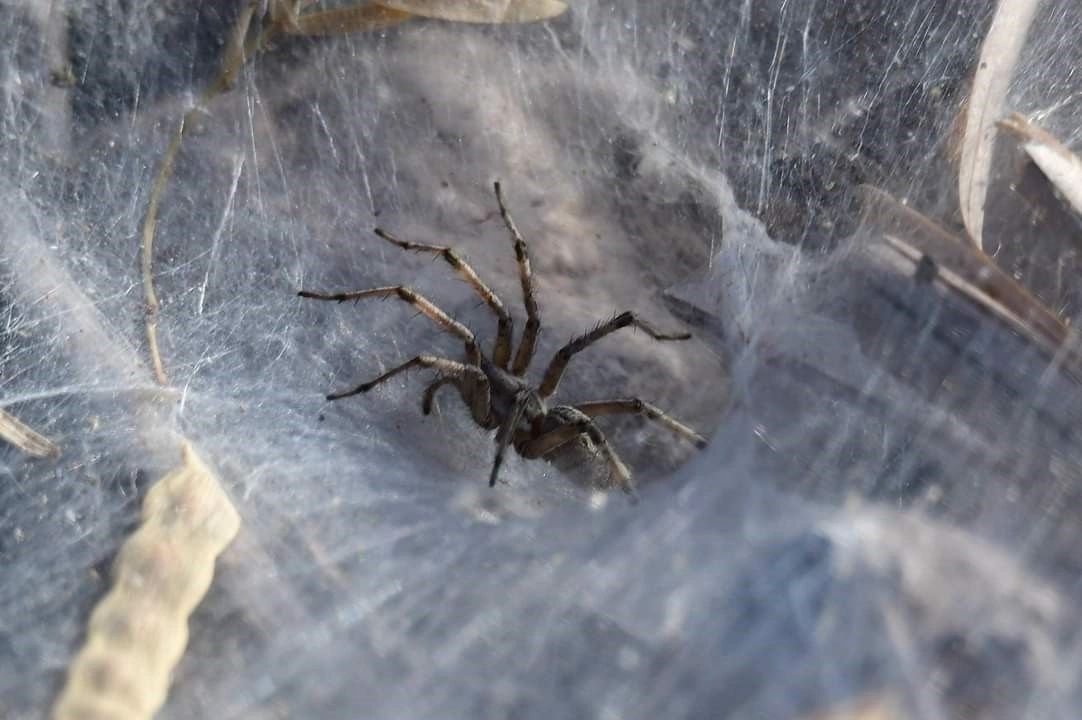 Harmless Funnel Web Spiders are the architects of the many silk tornadoes we see among the rocks and plant debris along Wetlands Park’s paved Nature Preserve trails.

Over 400 species of Funnel Web Spiders are known in North America. They are hard to tell apart, except by spider experts and the spiders themselves! Their webs are easy to spot: wide “funnels” of non-sticky silk that narrow into tubes at the end where the spider hides. You’ll find most of them nestled in low bushes or against rocks and other scrabble.

These quick-moving, medium-sized spiders have long legs with three claws.  Most of the species have eight eyes arranged horizontally in two rows. Despite this, they do not see well.  Many species have a pattern of stripes on their thorax or midsection, where their legs attach.

When a Funnel Web Spider feels the vibration of an insect crossing or falling onto its web, it races out and quickly bites its prey.  It may dine on the critter on the spot or carry its meal back into the funnel for later.

With patience and luck, Funnel Web Spiders can be lured out of hiding by gently tickling the web with a thin twig or a piece of grass.