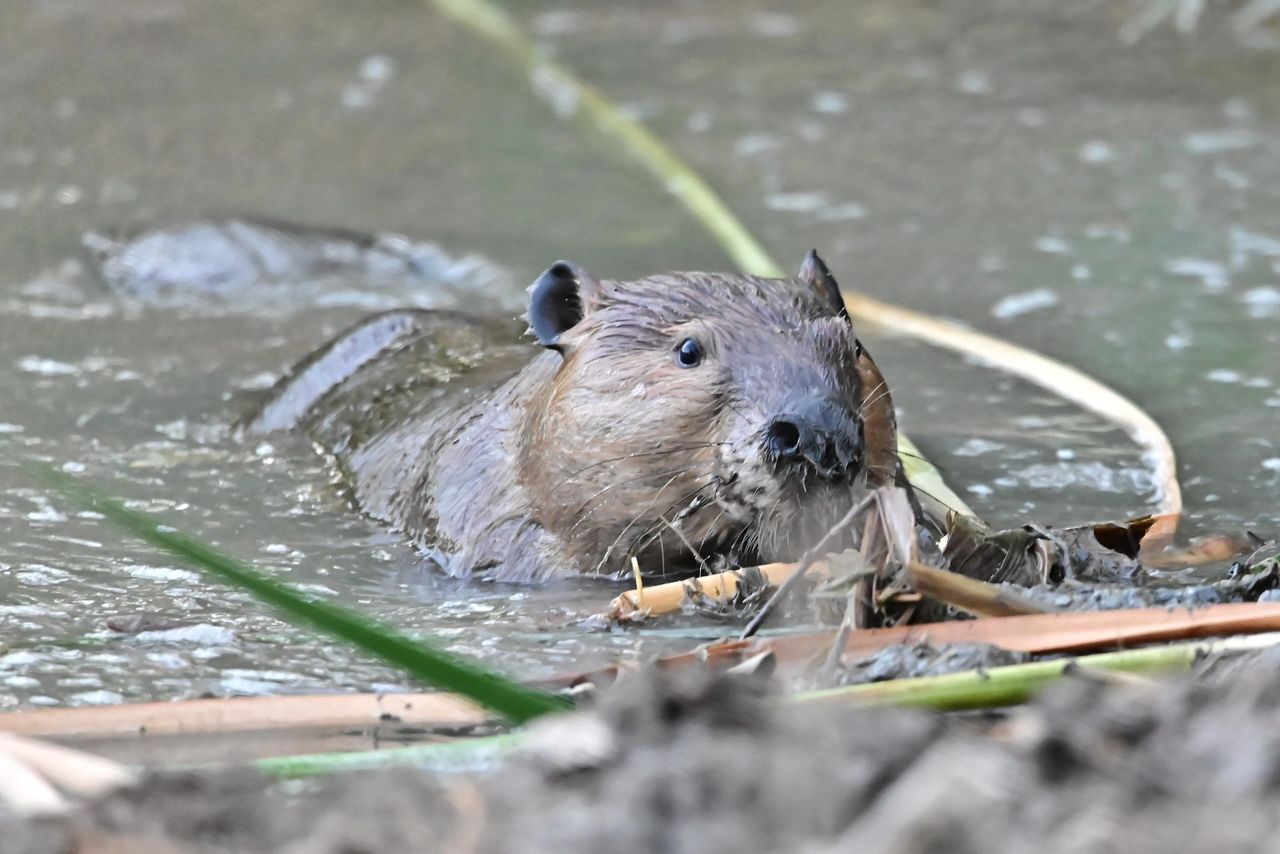 A biologist friend once said, “You can’t keep a good rodent down!” This aptly describes the irrepressible and spirited nature of the American Beaver (Caster canadensis).

Early exploration of the western territories (including what is now Nevada) was partly motivated by man’s search for beaver. Trappers weren’t catching beaver for their engineering skills but for their fine double fur coat that proved impervious to extreme weather conditions. It was during the late 1700’s to mid-1840’s that it was fashionable for men to wear tall top hats made from beaver pelts. By the time silk hats became the new trend, an astounding number of beaver populations had been eliminated. Fortunately for the beaver, there is a “comeback” story! After beaver hats lost their favor, the remaining resilient rodents repopulated and expanded their territory even wider.

Today, if you are walking quietly near a pond or stream on the Park’s Nature Preserve trail system, you may hear the slap of a flat beaver tail hitting the water or even see a beaver’s face poking out!

Also, have you ever wondered what’s with the metal fencing surrounding the base of trees in the Park (in particular, the Fremont Cottonwoods (Populus fremontii))? That’s because otherwise resident beavers would be harvesting the trees for food and dam construction materials faster than Park staff can get them planted! While tree cutting and pond building by beavers can be troublesome, the results can help restore damaged riparian habitats. Beaver ponds store water from seeps and springs, hold topsoil in place, increase groundwater levels for longer summer growing seasons, and replace stagnant pools with fresh, flowing streams. Maybe there’s a love-hate relationship going on here?